Here is the audio clip

View the 10 minute period, which pretty much coincides with the audio file.

I use SH5 to generate analytical reports about each contest. Link to reports on yesterday’s NAQP SSB contest:
https://www.w5wz.com/sh5/w5wz/2019/2019-01_naqp-ssb_w5wz/

11/24/2004 | W5WZ Our family was on a camping trip to Daisy State Park on Lake Greeson in Arkansas. I had hoped to spend a significant amount of time in the contest. However, as my first solo portable operation, it wasn’t as successful as desired.

My station was an IC-756 ProII, a laptop with NA by K8CC for logging and rig control, with the requisite Heil proset and footswitch, all on the picnic table at the campsite.

My family had other plans for the camping trip; as much rain was expected, during the non-rainy periods I was expected to be with them. The first evening, the temperature was falling quickly ahead of the rain, which soon followed, so I packed up and went to bed  in the RV. With 4 kids under age 7 in the RV, indoor operating was not going to happen on this trip.

The next morning, it was very damp and windy, so I decided to set up in the cab of the truck. With the 756 on the dash, laptop in my lap, the passenger seat was mighty comfortable. The kids provided plenty of interruptions, along with the nature hike and my turn at cooking for the family, so once again operating was not the priority. After all, this was my vacation! I did learn that an automobile bucket seat should be considered for an operating chair.

My operating position had one heck of a great view! And the rest of the trip was beautiful, too! — W5WZ

The postman delivered a benign white box yesterday. I opened it to reveal this beautiful plaque sponsored by Icom. Thank you! 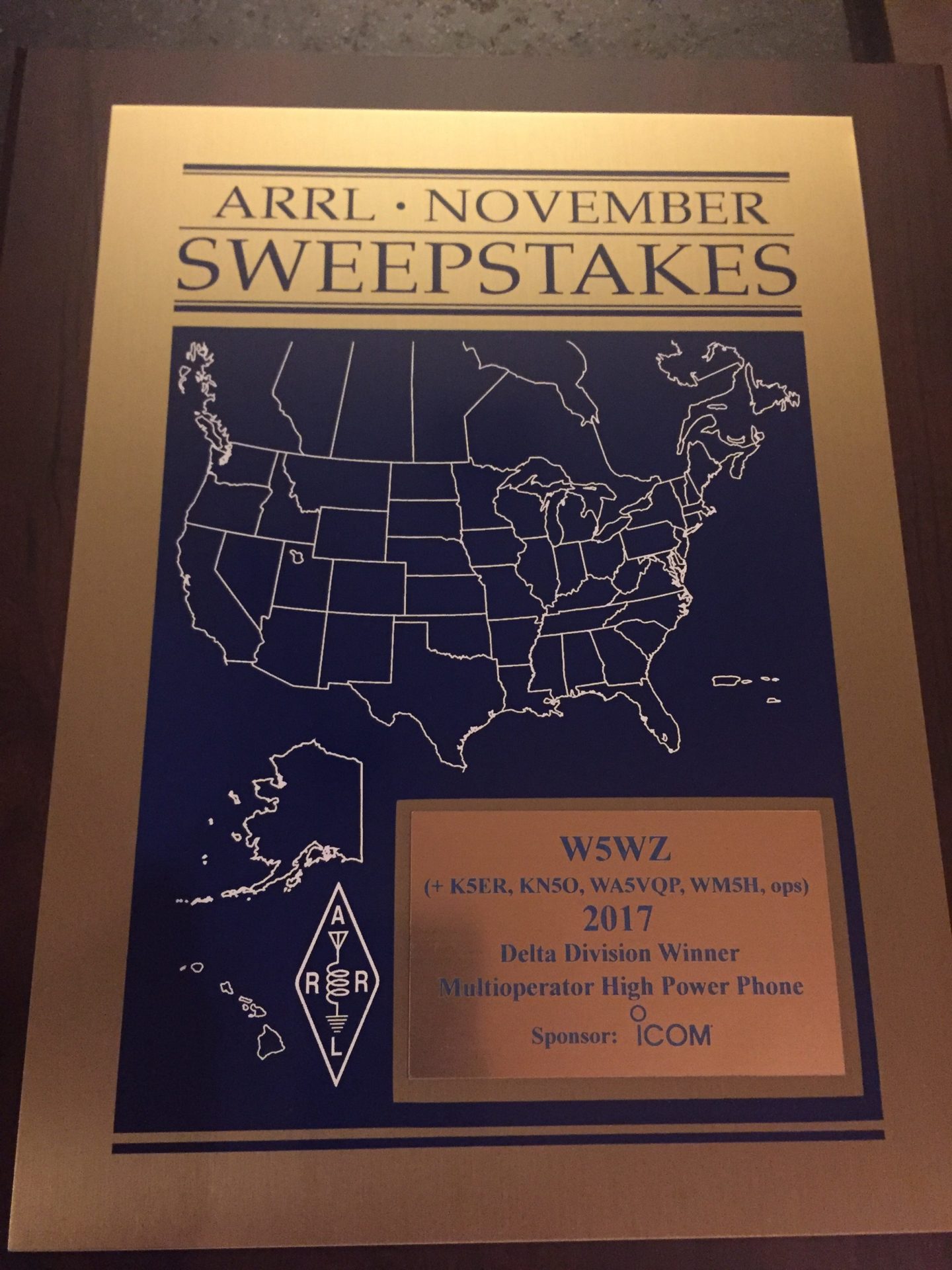 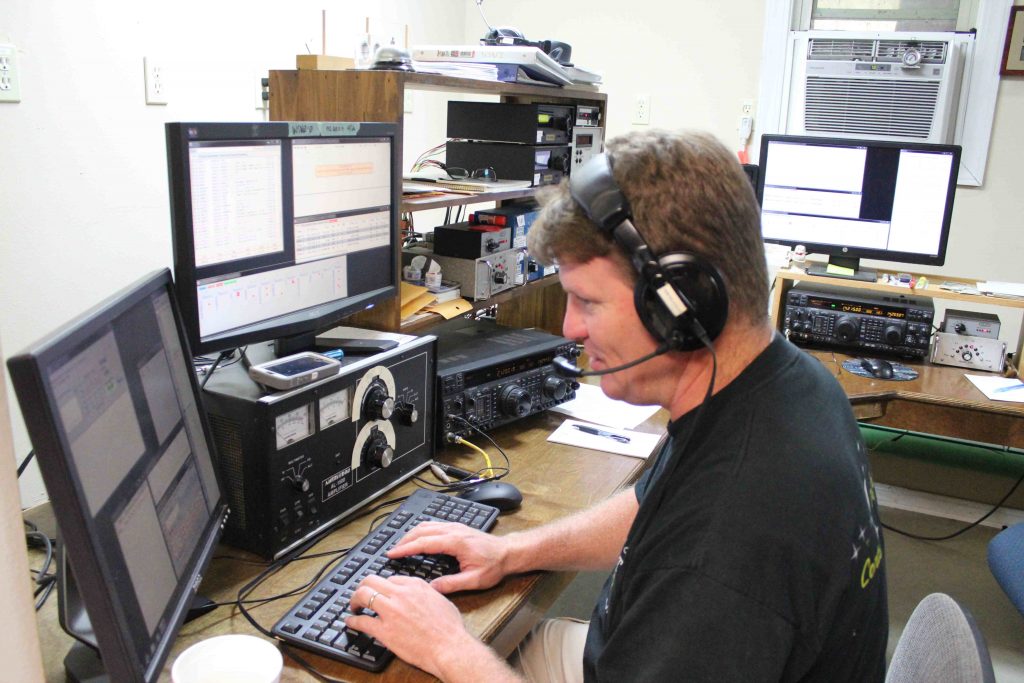 Bands were terrible; lots of noise. And that was before the thunderstorms! Never was able to run on more than one band.

Watching Contest Online Score Board made the progress interesting – N5ZO was chasing us down, narrowing our QSO lead to only 16 at one point, and in the last 20 minutes came up with some multipliers to move ahead in total score.

Whew! That was a long 12 hours. 500 QSOs less than our January effort.

My elmer, Jim W5LA will be teaching a General Class Ham Cram on July 27,28. If you or anyone you know is interested in being in the class, go to w5la.net/general/ for more information and to register for the class.

Registration is required so I can know how many are coming.

I realize the time is short so I need you to register and pay as soon as possible so I can order the General Class study guides.

In 2020, I removed this tower from the trailer and installed it on a homemade Wonder Post.

Networking N1MM+ on a local area network is both easy to do and functionally desirable for a multi-operator station.

Did you know that it is also possible and relatively straight-forward to do the same thing over a Distributed Wide Area Network?  Why, you may ask?  I can think of several reasons:  1) some contests allow distributed operating, such as IARU HQ stations  2) Special events – here in Louisiana we recently hosted the W5L Louisiana Purchase Special Event, and just a few years back the W1AW/5 ARRL Centennial Event.  3) For a contest where one or more participants is operating the rig remotely

N1MM Logger+ networking is automatic within a single subnet, which is usually the case in local area networks. However, if you want to network across a Wide Area Network, or in rare instances where your network involves more than one subnet, auto-configuration will not work. In that case you will need to fill in computer addresses in the “Edit Computer Addresses” table exactly as assigned by the network(s). For WAN networking you must enter the external IP addresses of each LAN and also port numbers for all the computers you wish to connect to, in the format XXX.XXX.XXX.XXX:port number}. The port number is needed to permit operators to set up forwarding through their router firewalls to the right computer. If going subnet-to-subnet, you do not need to enter port numbers and the IP addresses would be the internal IP address.

The details are found on the official N1MM+ documentation site near the bottom of the page.  The diagram by N9KT is very helpful.  I suggest using it as a pattern to create your own cheat sheet, specific to your network.

Your router must be capable of configuring the proper port forwarding, and your “world-facing” IP address really should be a static IP address.  As long as every station’s internet router is capable of port forwarding AND can specify the translation between internal and external ports per host, it is pretty easy to set up.  Every computer that will be included must have the same version of N1MM+, and must be set up for the same contest with the same configuration for the contest.